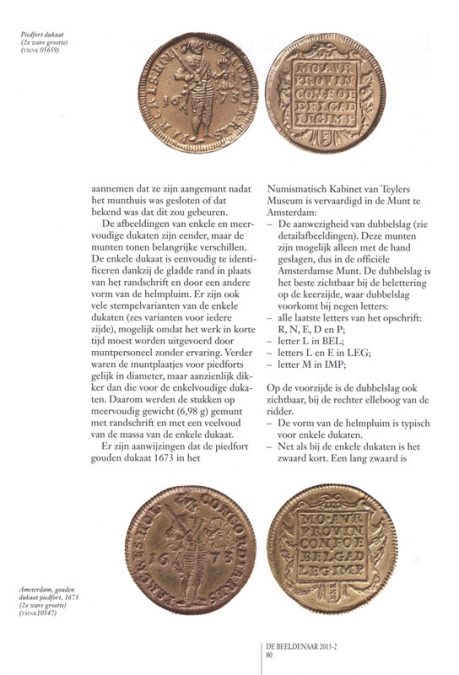 Dariusz F. Jasek
A piedfort of 1673 gold ducat from the Amsterdam mint
PUBLISHED IN: De Beeldenaar March-April (Year 39, No. 2)

Dariusz F. Jasek
(An unknown) piedfort of the 1673 gold ducat from the Amsterdam mint

To prove that coin from Teylerâ€™s Museum is the first known piedfort of gold ducat from the official mint of Amsterdam, we have to recall some facts first.

The single gold ducats were struck at the Amsterdam mint between February 13 and June 28, 1673. The records of the muntbus opening indicates that exactly 809 marks (199,081.835 gm, means about 199 kg) of gold was processed into coins, so the total mintage was close to 56,884 pieces. This number should be reduced to 56,814 pieces, because 70 ducats of the 114 available in the muntbus were destroyed by the assay. Single gold ducats of the Amsterdam Mint, in spite of their modern look, were minted by the mint with an old method, they were hammered.
As we know, in addition to single ducats, also so-called piedforts were minted in Amsterdam. They were minted in planchets of similar diameter to single ducats, but of increased thickness and hence weight. To compare – double ducats were minted in planchets with enlarged diameter and twice the weight, but the thickness similar to the single ducats. There is no records of any of 1673 double ducats minted in Amsterdam mint, however there are 1673 double ducats minted in Dordrecht known.

But Amsterdam mint reports did not say anything about any of piedfort ducats or even about test strikes of these coins. These coins were minted outside the mint by Christoffel Adolphi – unlike the single ducats â€“ by using the screw press. Amsterdam mint archives do not mention a screw press being installed in the mint, but the appearance of the coins leaves no doubt they were struck with this method. Coins have a lettered edge, all of them are struck with dies of great uniformity and only a small number of dies variants is known (1 for obverse and 2 for reverse). In addition, there is an absence of a double strikes on the piedfort ducats. The period of minting piedfort ducats remains unknown. Based on the text on the edge of those coins (â€œIn memory of the Amsterdam Mintâ€) we may only presume they were minted after the mint had already stopped working, or at least until it was clear that it would stop minting.

Single ducats and their piedforts are similar in picture, but they differ significantly. Single ducat is easy to identify by plain edge instead of letter edge and different shape of the plume. There are also many dies variants of single ducats (six varieties for each side), probably because the work had to be done in a hurry by unskilled minters. Further on, planchets used for minting piedfort ducats were similar in diameter but considerably thicker than those used for minting single ducats. Therefore it was possible to mint piedfort ducats with the lettered edge.

On the obverse double strike is also found, by the right elbow of the knight.
2. Shape of the plume is typical for single ducats.
3. Sword is short, as on single ducats. Long sword is found on all piedfort ducats minted by Adolphi.
4. Details (the set of punches used) and quality of minting are as in single ducats.
5. The shape of coin is not perfectly round.

The discovery of this piedfort of gold ducat not only proves that such coin was minted by the official Amsterdam mint, but it also very likely that more copies were made.

Details of the formerly unknown piedfort of 1673 gold ducat from Amsterdam mint: 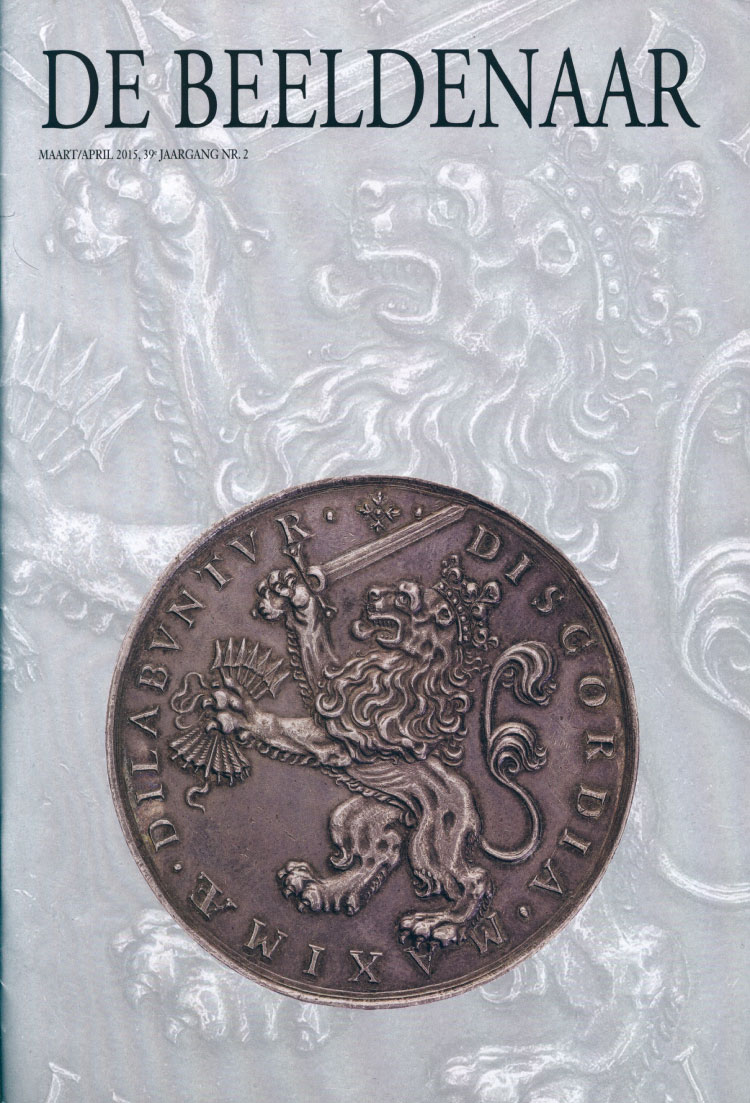 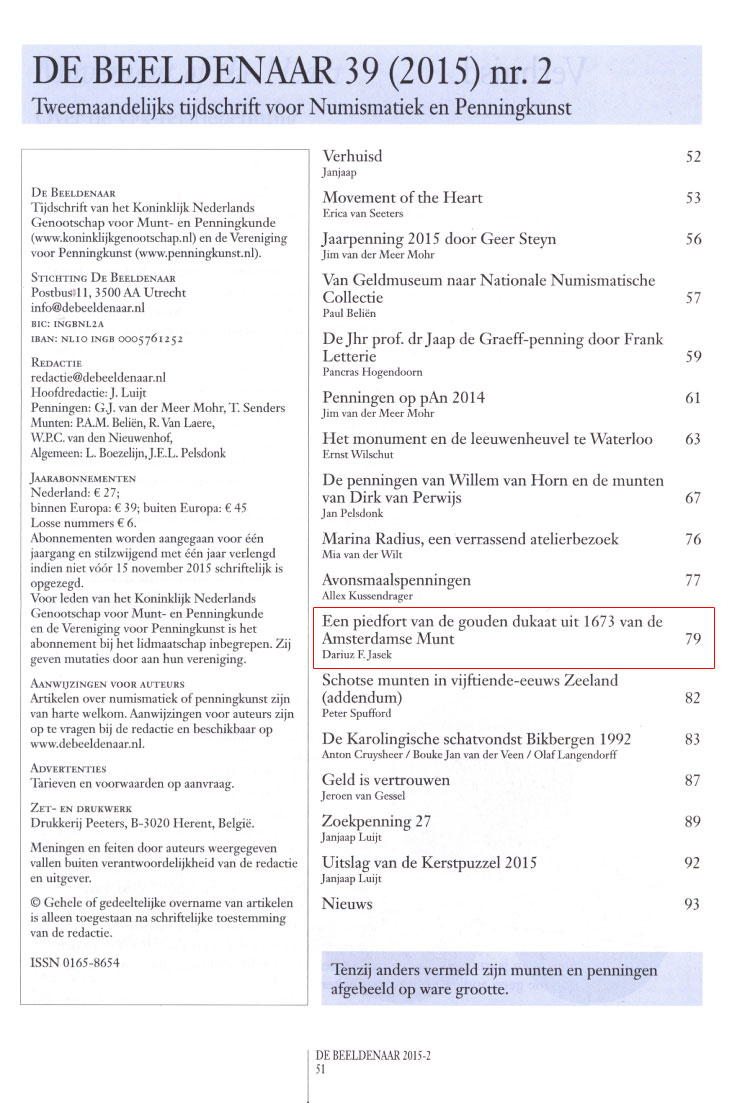 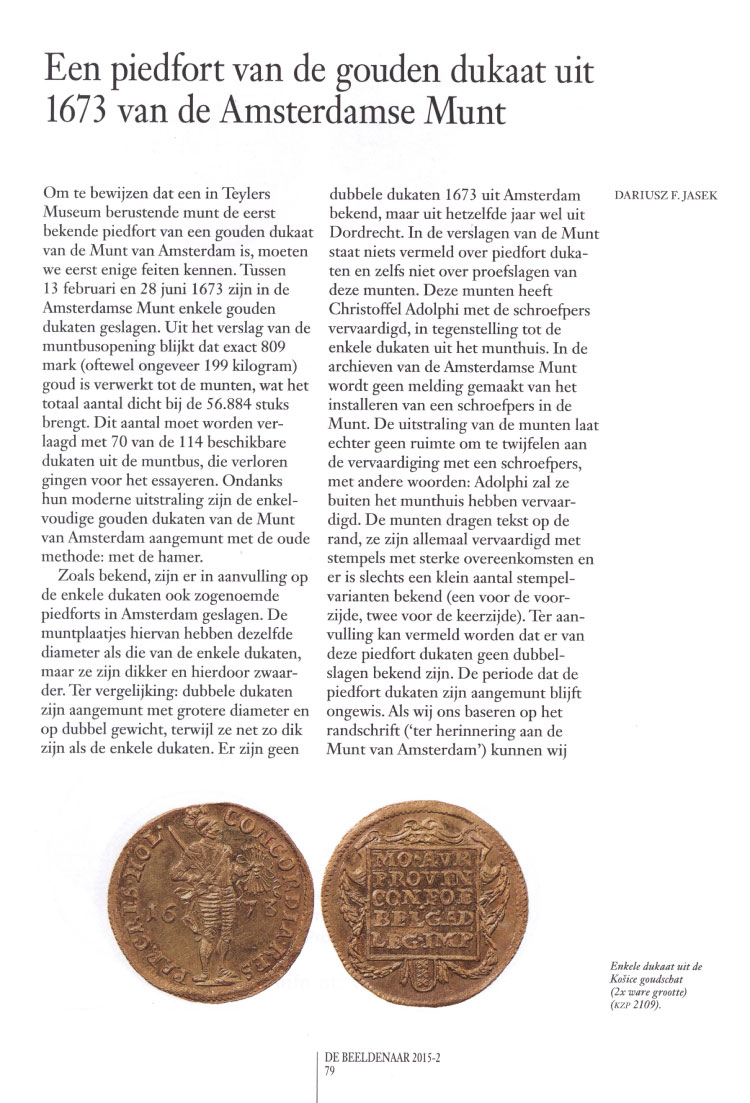 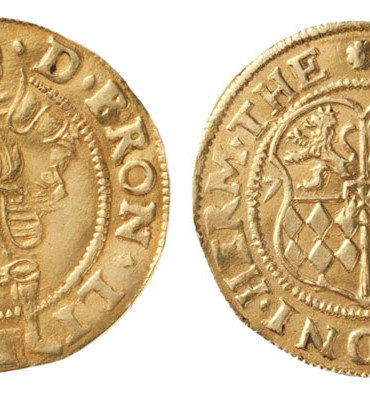 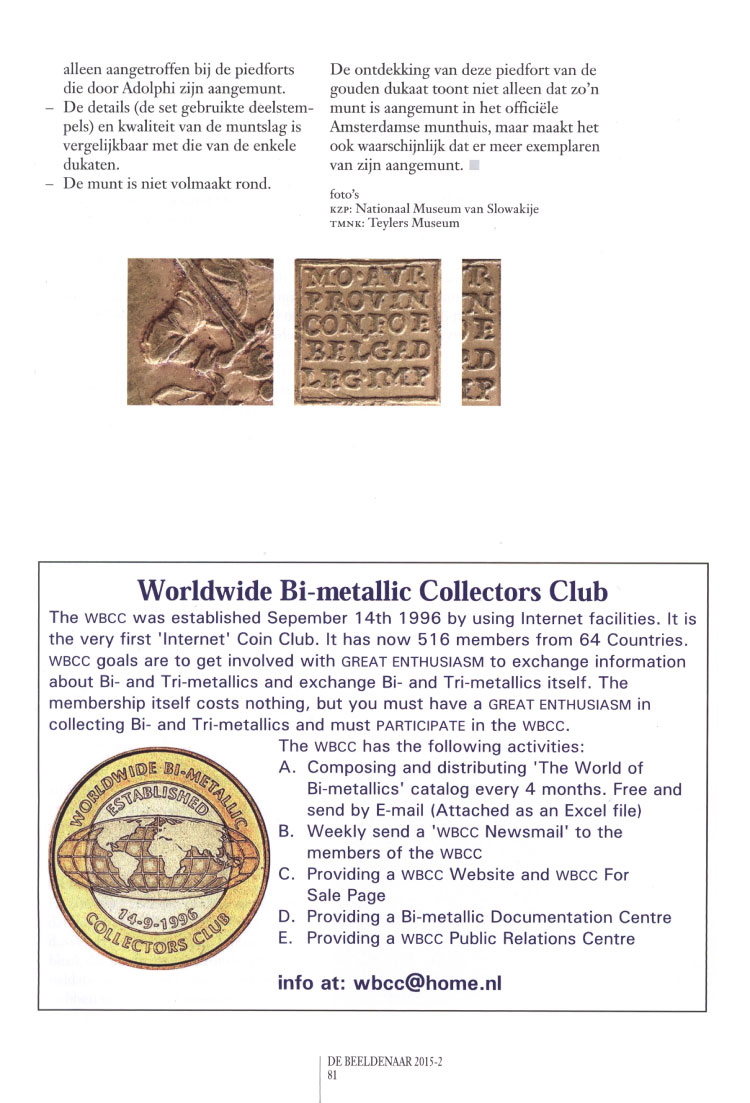