The “Gold Ducats of The Netherlands” has been judged Best Specialized Book on World Coins of the Year by the Numismatic Literary Guild. The book was judged the best of all books dealing with world coins.

Winners were announced during the NLG Bash on the night of Thursday, August 11, during the 2016 ANA World’s Fair of Money in Anaheim, California.

The Numismatic Literary Guild, founded in 1968 and gathering the best authors of numismatic books from around the globe is also the largest and one of the oldest institutions of this kind in the world.

Some of the former Winners in The Best Specialized Book, World Coins category are: 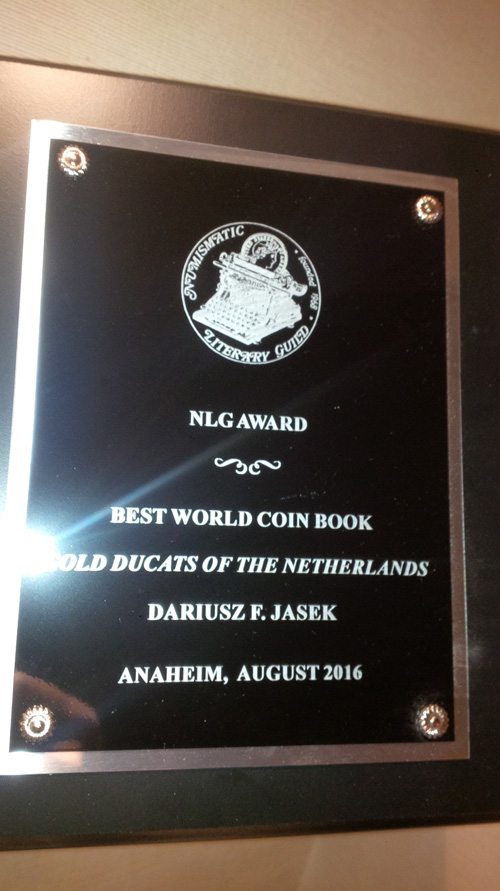